This arose because a few of the local sportsmen, most of whom had been closely connected with Knowle Cricket Club and Football, thought it would be good for the neighbourhood to run a golf club, so the old Race Course was prospected and a 9 hole course was laid out, with one hole somewhere approaching half a mile in length. 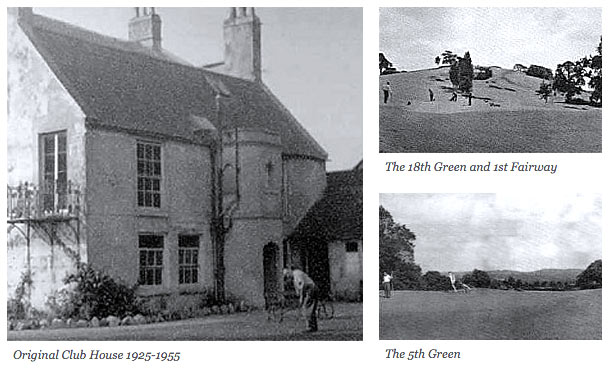 Details of Stroke and Bogey Rounds of this period are lost but probably the caddies of those days, kept the tally, stroke by stroke, and it is rumored that arithmetic was at a premium.

Of those old sportsmen none unfortunately remain. Other stalwarts of those first days were W. Evan, A. W. E. Stampe and E. E. Shellard and some of the early meetings were held in the skittle alley of the Talbot Inn. None had played much and the subscription was about ten shillings.

Things were not allowed to remain inactive, so despite vigorous opposition on the part of the farmer-tenant, who laid down the law as to the size of the greens, the width of the fairways, and the number of times the mowing machine should be used in a year, the Club began to grow. In turn, Mr. McLean and then Mr. Dugdale found that golf secretarial duties took too much of their time, and in 1906 Mr. Percy C. Berrill assumed the reins of Secretary which he held for thirteen years.

More land was acquired, thanks to the cooperation of the President, Mr. H. B. Napier, who used his influence to persuade his tenants how very desirable it would be to have golfers playing over their land. Thus in 1912 the Knowle Golf Club was in possession of an 18 hole Course, the new nine holes being admitted by visitors as amongst the most sporting in the district. At the same time, the old Race Course Pavilion was re-constructed and decorated, and so became the nineteenth hole.

In a few months the membership had risen to 140 men and a good proportion of the fair sex; and inter-club matches entered into the program.

First the war 1914/1918 and then the Corporation housing scheme almost put the Club out of existence, but in spite of difficulties, the future of the club was very promising.

A covetous eye had often been cast on the land where the present course is situated; a lease was secured and on the 3rd February 1925 the present course was officially opened by the Lord Mayor of Bristol. The course since the late 1930's has been owned by the club, and although more houses now adjoin it than was the case when it was first opened it has in no way been spoiled and retains it's beauty.

First the gentleman farmer's Georgian house known as 'The Hollies', just off West Town Lane, was adapted and used as the club house and players used to walk down to the course across fields, passing the Professionals shop over the rough track where the present road known as The Fairway stands. In 1954 the Club embarked upon a scheme for a new Club House, which is the present home, and the spare land was sold off where the present houses around the Fairway and Lucas Close were built.

The Club House was designed on modern lines by member B. Ivor Day, ARWA FRIBA and provides excellent and commodious accommodation for all club functions. It is particularly adapted for entertainment because the Knowle Club has always had an excellent reputation as good hosts and for its social side. This is not to deny the great playing strength of the Club.

The new Club House was opened on the 10th December 1955 by the Lord Mayor of Bristol. It has been improved and extended since to almost double its original size. The present Course is actually in Brislington, but a map of the old Course at Knowle and a sketch of the old Club House there hang in the Club House. Also two pictures of the second Club House, namely 'The Hollies'. Further, there is a picture of the great company at the opening of the new Course in 1925. 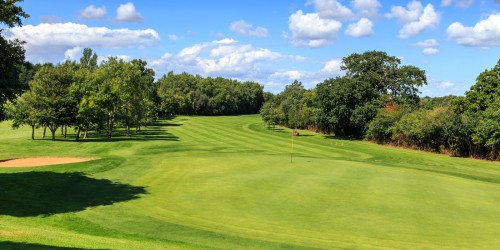 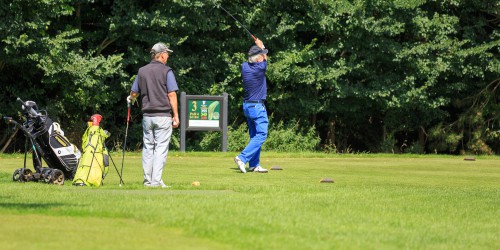 You and your friends will find  a fantastic course in first class condition. 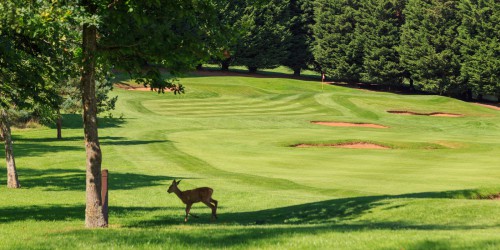 As a members club, everything here is set up and geared towards exceeding the expectation of our members. 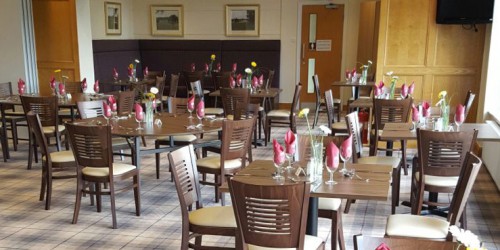 Weddings, Parties, Conferences & Funeral Receptions can all be accommodated here at the Club. 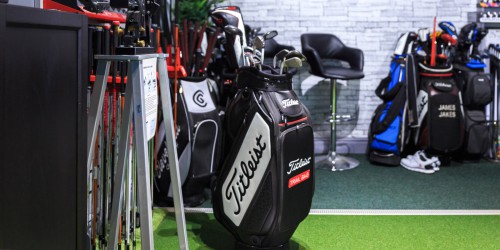 Indoor/Outdoor tuition with the latest in club fitting technology from our team of experts.

Knowle Golf Club: The course is open. All main greens. No buggies. Trolleys are allowed today. Please carry if you can.